Your old smartphone is failing you and you want to replace it with a newer one, but are you worried about transferring all your data, photos, videos, accounts and whatnot to the new device? Or do you just want to secure everything you have for a possible restore of your phone? Don’t worry, just make an android backup by following some simple and quick procedures.

What is a backup 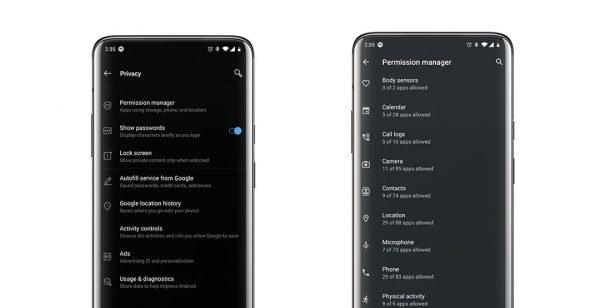 Before starting to make an Android backup you need to understand what it is.

A backup consists in making a safety copy of the files and folders saved in the memory of your device.

What is an Android backup for

The reasons range from having a copy to restore following a possible malfunction of the device to the more common replacement with a new device.

Backup files are usually stored on a medium other than the device itself, the reason is clear, if the problem is of a hardware or software nature and the device does not allow any kind of interaction we will still have access to the backup copy saved in a safe place . The media on which to store backups can be external hard drives, pendrive, network NAS and cloud systems such as Google Drive.

In the case of a smartphone or tablet with an Android operating system, the files that must be present in the backup are the downloaded applications, settings, address book, photos, videos and everything that characterizes your device. 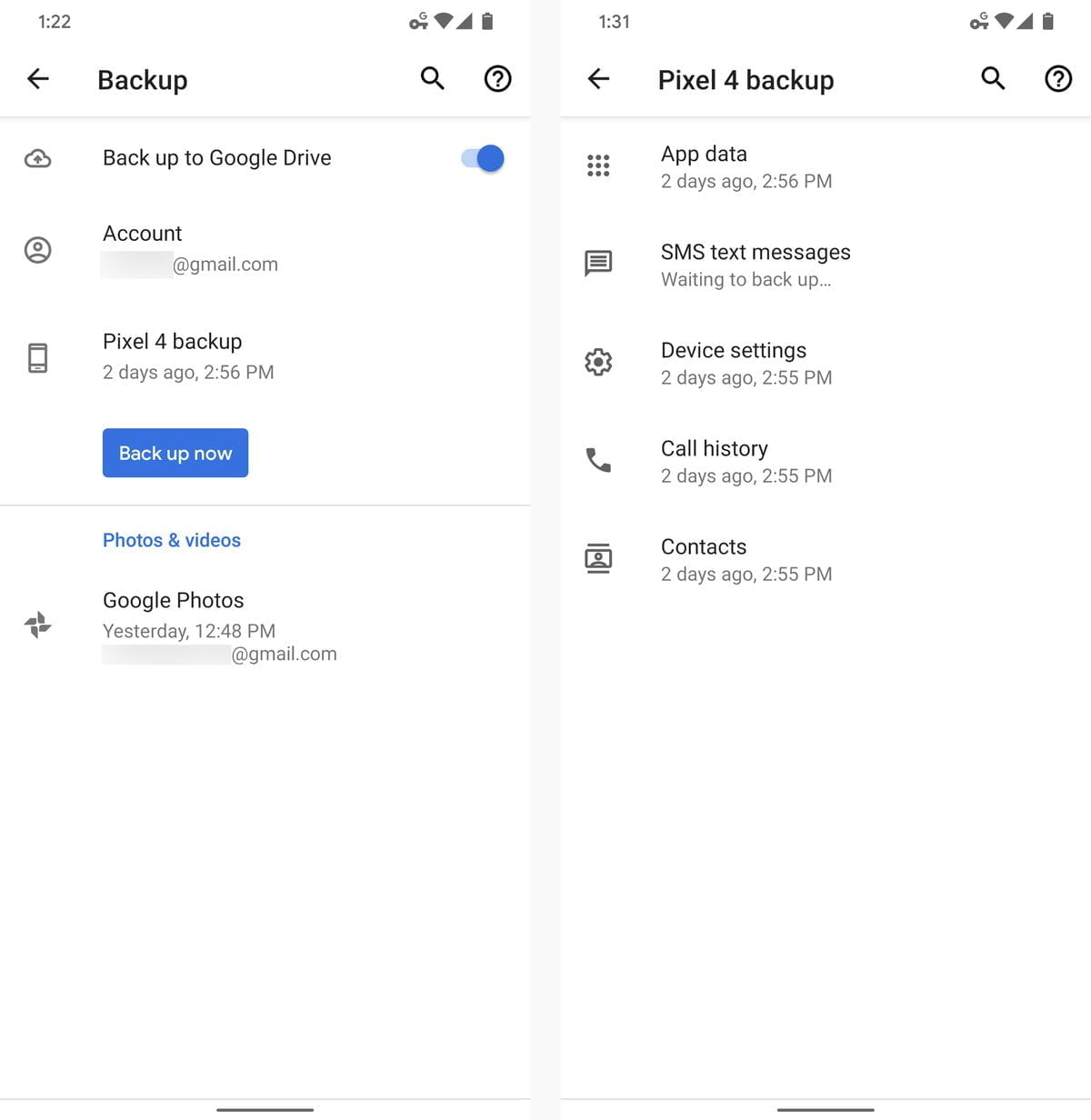 How to make a backup on Android 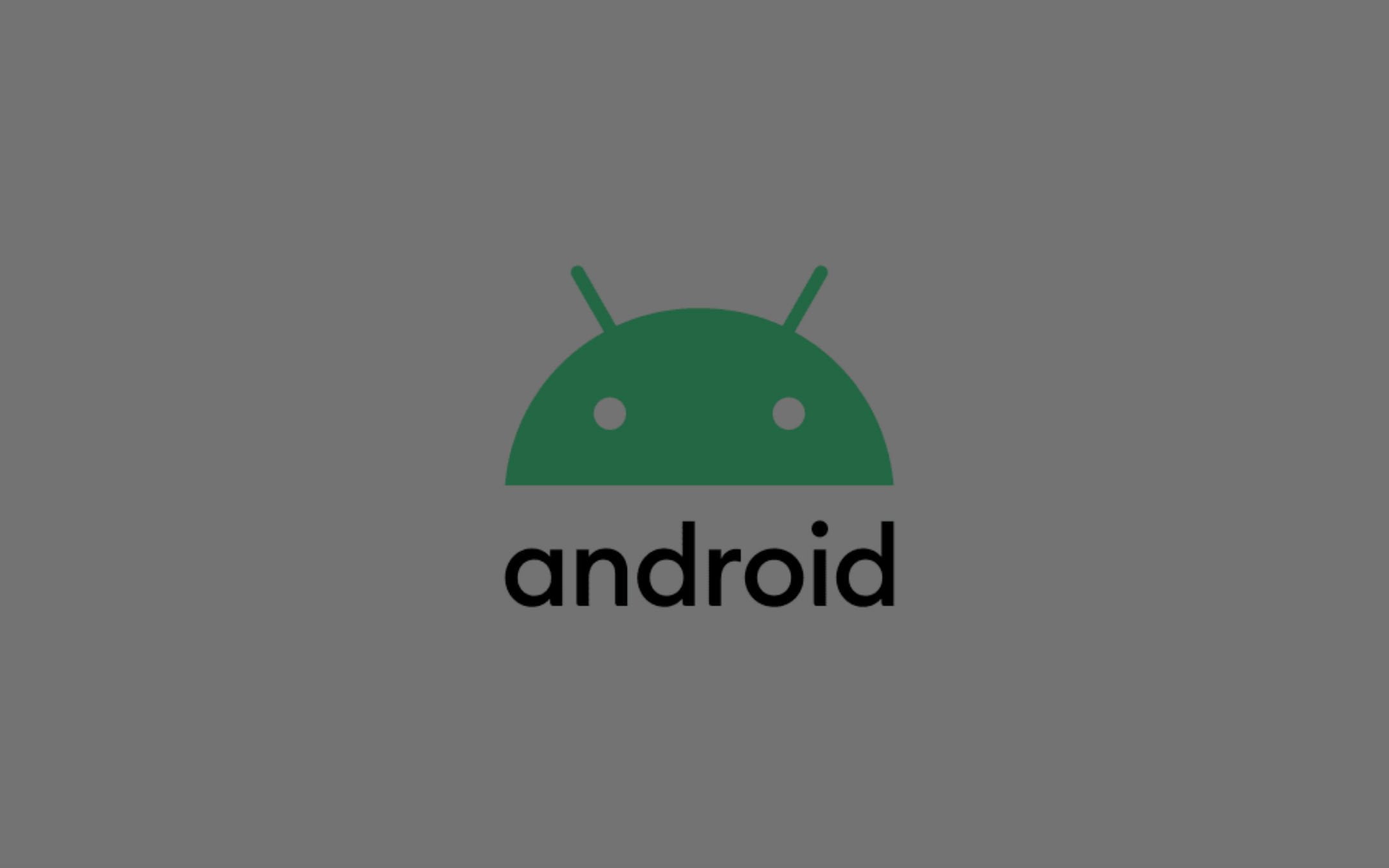 Unlike a few years ago backing up an Android device and syncing data actually requires little or no effort. Google does all the work behind the scenes automatically and without any user involvement except for a quick setup at the time of the first configuration of the mobile phone or tablet. The same goes for data recovery which is generally an operation and is simple, just let Google’s systems do their magic.

However, it is worth knowing where and how everything is saved, especially if you use your phone for work. It is important to understand what is happening and to verify that everything is working as expected to have the peace of mind that the data is there safe and ready for a possible Android restore.

How does Google Android backup happen

When you first turned on your Android smartphone, you were probably signed in with your primary Google account . This is critical, because the same account is the identifier of the data that has been backed up automatically.

At the system level, Android backup includes most Android settings and preferences, from Wi-Fi networks and approved passwords to language and input settings, date and time settings, and display preferences. To confirm all backups, you can log in to the System section of your phone’s settings by tapping “Advanced” and then “Backup”.

Make sure you use the same account in the future when you log into any device and if you ever change the account associated with your backups, on the “Back up to Google Drive” screen simply tap the line showing the account with a list of all the accounts linked to your phone.

You can also refer to the Google Drive Web Backup section to find this same information and see exactly how much space is being taken up by the backup settings for all devices associated with your account.

What does Android backup save?

The android backup that makes the Google automatic system in addition to saving all system data takes care of securing all the applications installed on the smartphone and the files in the memory, but let’s see in detail what it does.

The list of apps you have installed from the Play Store is always synced with Google’s servers and when you first log into any new Android device, you will be given the option to restore that full set of apps or choose titles from the list.

Google also offers an expanded app backup system that saves and restores application-specific data – anything from logins to preferences and anything else relevant.

Usually the backup of the calendar, contacts and emails is not necessary because it is already stored in the Google cloud; to recover this type of data you can simply open the email or calendar app from another device.

Backing up and saving SMS to restore to another phone is generally quite painless on Android, but it’s a bit confusing to understand how and what was saved.

With a recent Android update, all SMS data is now backed up automatically on all devices. This happens regardless of the manufacturer of the device or the messaging app in use.

However, this backup is limited to 25MB of data and does not include MMS messages, such as photos and videos sent via SMS. If you want your multimedia messages to be saved, you’ll need to install and sign up for a paid Google One plan.

If you want something a little simpler and with no cost or limitations, the third-party Pulse SMS app is a great alternative. In addition to providing its own universally available automatic backup and sync system, it offers many opportunities for customization and also allows you to send, receive and manage messages in real time from multiple devices, including any combination of phones, tablets and laptops or desktop computers .

The easiest way to back up the files on your device is to save them directly to a cloud-based storage service like Dropbox, Google Drive, or Microsoft OneDrive. All of these services provide a reasonable amount of free storage space, with additional space for a fee.

As for images, Google’s free Google Photos app automatically syncs and saves all captured photos and videos and makes them available on any other device, mobile or otherwise. Backing up your photos at this point is a rather superfluous operation, but if you want, the Google Takeout service is available which allows you to download entire archives of content from your account. The online application is able to create packages containing all your data taken from Google Photos, Contacts, Maps, YouTube and much more.

And for the music? If you want automatic synchronization just install the free Google Play Music app which allows you to upload your entire personal MP3 collection, or at least up to 50,000 songs and then access it from any Android device or any computer via a web browser.

How to make an Android backup on PC 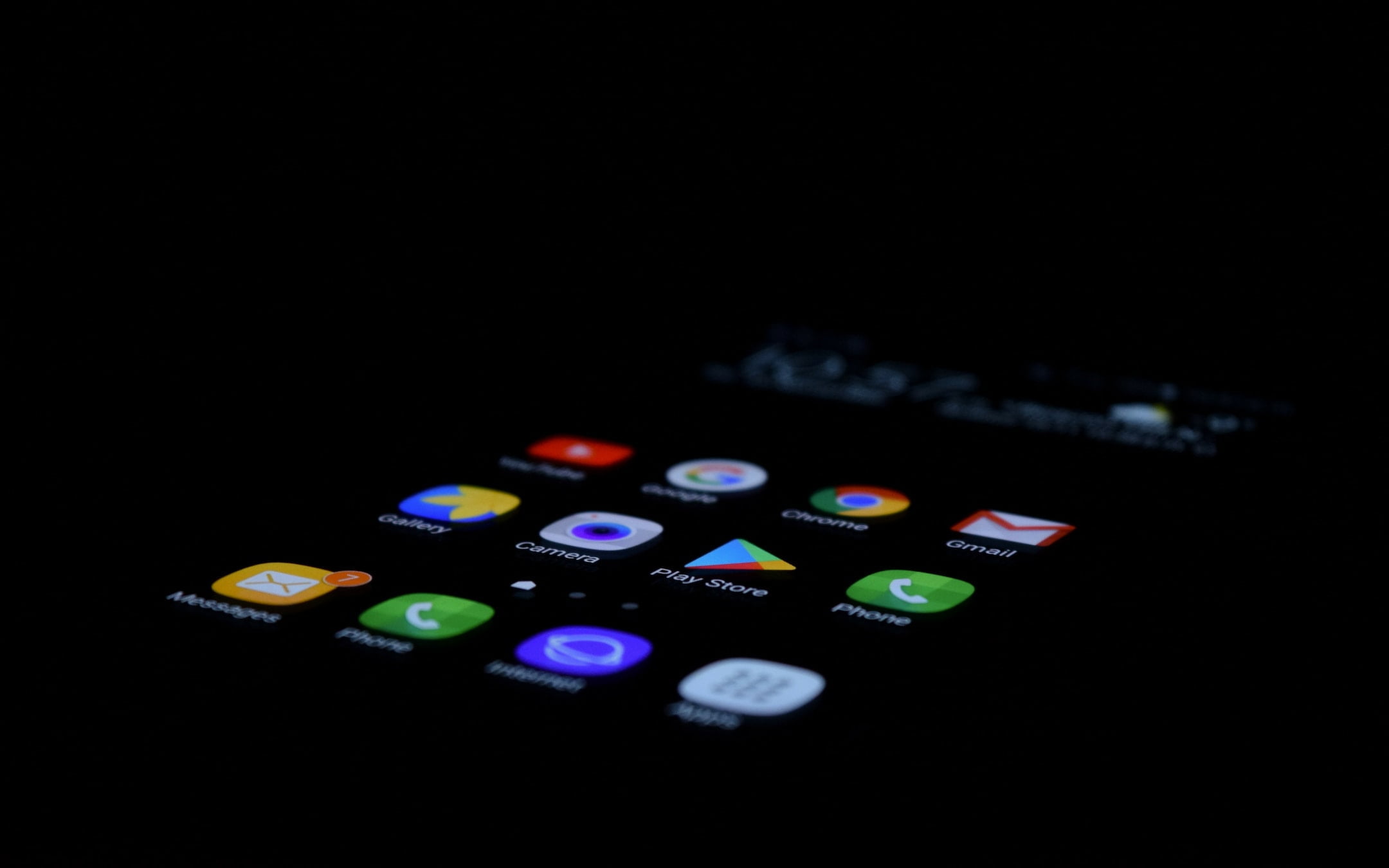 To make an android backup on a PC, the simplest way is to use third-party applications that allow you to save data on a computer . Some apps need root permissions enabled, but to have them you need to “root” the smartphone by forcing the system. The applications we recommend do not require this procedure and still ensure excellent results

As we have mentioned, one of the best apps that allow you to backup android on PC is Helium App Sync and Backup , it does not require root permissions even if it would facilitate some operations. To use it, simply download it from the Play Store, start it by granting permissions and select the applications and data you want to save on your computer.

Another way to back up your data is to use the software made available by the manufacturers of the same smartphones and tablets such as Huawei, Samsung, Xiaomi and many others. Each clearly proposes its method to which we refer you for any information. 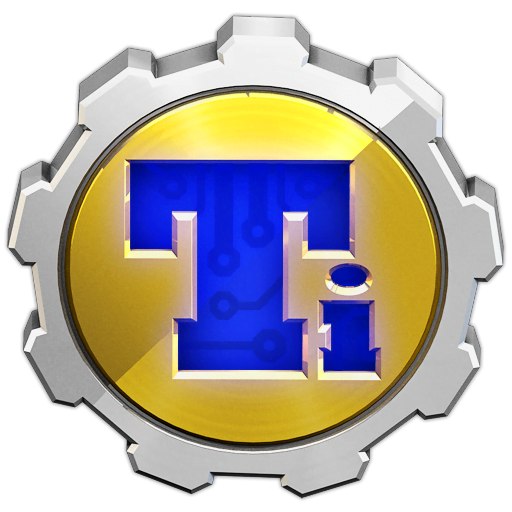 Titanium Backup is another third party application that can be used to make an Android backup. It is a very good app for making a backup of all the information on your phone, and it also integrates the backup restore function. Titanium Backup is available in two versions, one free and one paid, at a cost of € 5.99 which offers the possibility of encrypting backups, restoring all applications automatically and supporting cloud storage services such as Google Drive. and Dropbox. Also in this case, as to use Helium, you must have rooted the device.

To use it, you must first download it from the Play Store and install it on your Android smartphone, granting it root permissions . The app may then ask you to activate other functions such as USB debugging: you just have to follow the instructions and enable everything.

At this point, select the icon to start the actions in bulk at the top right and click on Start next to Backup all user apps + system data , also selecting the green check on the right to make a backup it is on your phone. It is also possible to backup only the apps without system data, or vice versa, save only the data and not the apps, by selecting the appropriate items.

To restore backups with Titanium Backup, all that remains is to enter the Mass Actions menu and start the procedure called Restore all apps with data and press Start. Alternatively, you can select the Restore missing apps + all system data item to recover only the apps that are not present on the device.

How to backup Android with USB cable 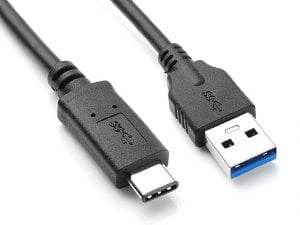 If you do not want to rely on the solutions seen so far, perhaps because you do not want to unlock the root permissions on your Android smartphone, you can rely on a simpler solution by connecting the device to the computer via USB cable, an operation which, however, will not back up the apps and of your device settings, but only for photos, videos and multimedia content.

To do this, you must first enable the USB debugging feature found in the Settings menu under the Developer Options panel . If you can’t find the menu, go to Settings and then General, and tap 7 consecutive times on Build Version to bring up the menu and activate the USB debugging option.

At this point connect your Android smartphone to the computer and access the folders containing the photos, videos and music tracks to copy and paste them on the folders on your computer and save a copy locally. Unfortunately, this procedure cannot be applied to device settings, SMS, applications and Whatsapp messages, although it is also possible to recover deleted Whatsapp chats .

On Samsung smartphones , you need to access the Accounts and backup section, then select “Backup and restore” and look for the “Google Account” area. Samsung offers the ability to back up your data and standard Android via your Samsung account. Our advice is to ignore this and do the standard configuration associated with Google, as it allows you to restore data on any phone, while Samsung’s configuration will only work with other Samsung products.

How to restore an Android backup

To restore the Android backup data with Google on a new smartphone or tablet or possibly on the same malfunctioning one that needs a reset, simply add your Google Account in the initial configuration phase, the data of that account of which it is previously backed up are transferred to the phone.