For a while,  Xiaomi introduced the Mi Haptic vibration mechanism  on their smartphones, and thanks to  MIUI 12.5,  it will become even more realistic. A feature that Apple has focused on in recent years is the Taptic Engine, a vibration motor capable of vibrating to create a very pleasant tactile effect. 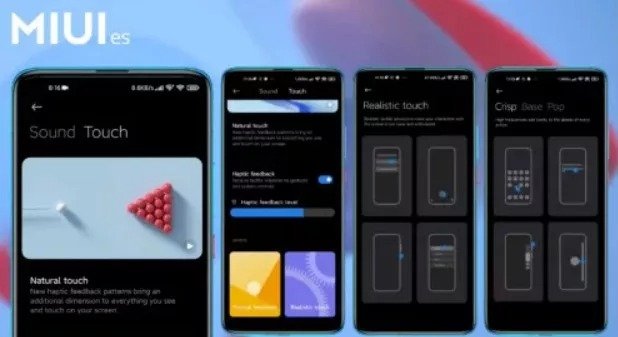 Several manufacturers of Android devices have tried to do the same, and the results have been different and not always at least relatively successful. Xiaomi is one of the companies that has worked hardest in this area, and its Mi Haptic system really has a chance to improve the quality of vibration at your fingertips.

We are still waiting for the stable  MIUI 12.5 to  be released permanently, but it could be several months before that. In the meantime, the beta version of MIUI 12.5 provides an opportunity to evaluate the innovations in advance for the majority of computer fans and fans of the brand. And it was in the latest version, 21.1.25, that the Mi Haptic system was refined. A special vibration menu has been added in the settings, from which you can activate (or not activate) haptic feedback, as well as adjust its intensity.

The new menu also shows how Mi Haptic works. Sound and vibration work in sync to provide more realistic feedback with three different groups of patterns. The Clarity category uses high frequencies to add volume to the sound with movements such as creating folders, adjusting brightness and volume. The Basic category adds low frequencies to emphasize visual transitions and make gestures more natural. In this case, we find it in full-screen gestures, as well as when moving icons and some other manipulations. Finally, the Pop category includes bouncy and sudden sound effects for actions such as opening drop-down menus, pop-up menus, and changing the position of the on / off slider.

This is a novelty that will be exclusive to several models. And as Xiaomi states: If you want to know exactly how these add-ons work, then, as stated above, you will have to rely on MIUI 12.5 Beta in version 21.1.25 or later.