Xiaomi has announced the imminent appearance on the global market of a new smartphone within the flagship Mi10 series. The manufacturer hinted at some of the characteristics of the device and its price. 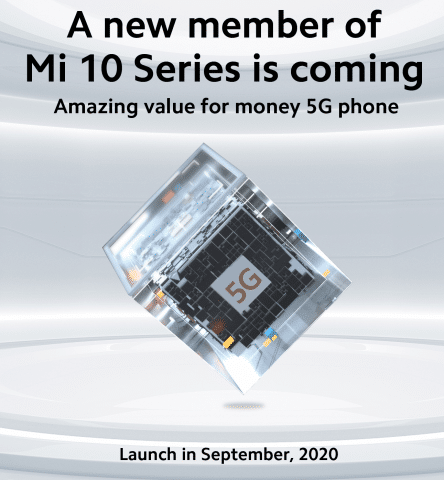 In a statement, Xiaomi says that the new smartphone will be released in September (exact date not specified). It will receive the latest Snapdragon 7-series processor with support for fifth generation networks. It looks like we are talking about the just announced Snapdragon 732G with support for gaming chips.

The company has also hinted that the device will cost between € 200 and € 300. It should be noted that now the most affordable 5G Xiaomi smartphone on the global market is the Mi10 Lite, the price of which starts at € 329.

According to rumors, the mysterious novelty may be the Mi 10T Lite, which is soon to be presented alongside the regular Mi 10T and Mi 10T Pro .