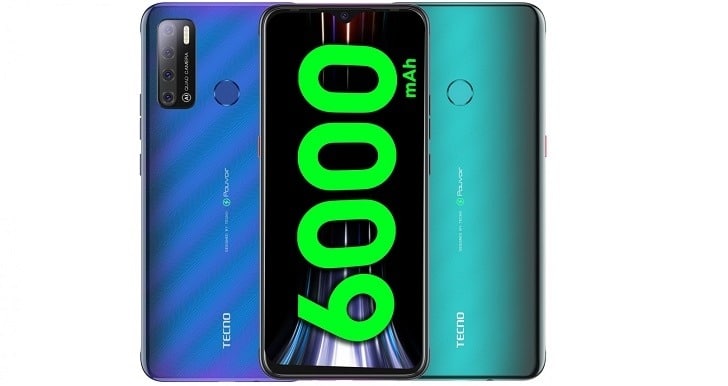 Tecno Spark Power 2 Air carries a modest mobile processor on board. We are talking about a single-chip system MediaTek Helio A22. The platform is complemented by 3 GB of RAM and 32 GB of storage for data storage. There is also a slot for microSD memory cards.

Out of the box, Tecno Spark Power 2 Air runs pre-installed Android 10 operating system with proprietary firmware HiOS 61. The fingerprint scanner is installed on the back of the smartphone. The supplied battery has a capacity of 6000 mAh.

Main camera resolution – 13 Mp + 2 Mp. There are more components on the back, but their parameters are not revealed. The front camera has an 8-megapixel image sensor.