As part of the second part of the special online event Unpacked, Samsung revealed the price and many new details about the folding smartphone Galaxy Z Fold 2. The manufacturer said that it drew many conclusions based on reviews of the original Galaxy Fold , and in the second generation many comments were taken into account, and the shortcomings eliminated. 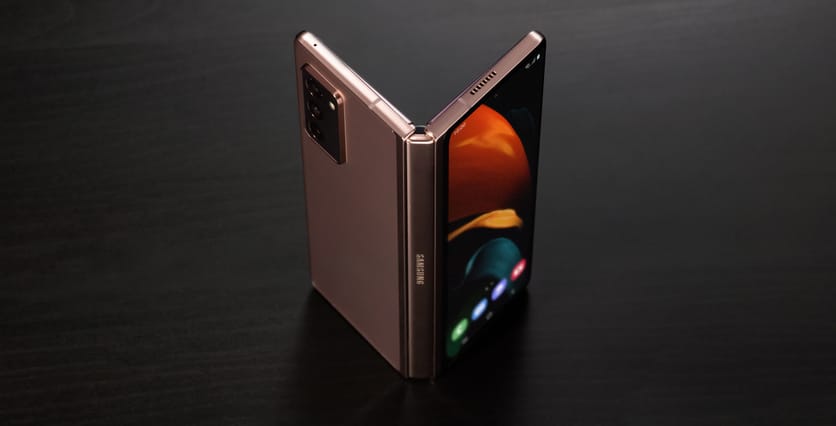 The Galaxy Z Fold 2 retains the foldable design and dimensions of its predecessor, but not without changes. So, the external display, which serves for quick access to smartphone functions, has become 1.63 times larger: the diagonal has grown from 4.6 to 6.2 inches. The internal screen has increased from 7.3 to 7.6 inches, not least due to a 27% reduction in bezel thickness.

Samsung’s engineers were challenged to strike a balance between the strength and flexibility of the main screen’s protective coating. The choice fell on flexible glass Ultra Thin Glass, which is thinner than a human hair. The manufacturer claims that this is one hundred percent glass that retains its elastic properties even at high and low temperatures. However, it is noted that another protective layer is installed on top of the glass.

The original Galaxy Fold could be either folded or unfolded. When creating the Galaxy Z Fold 2, the company took into account the wishes of users, providing for the ability to fix it in an intermediate state, as was implemented in the Galaxy Z Flip clam shell. … The user can open the device at different angles ranging from 75 to 115 degrees. For this, the hinge that connects the halves of the gadget has been radically redesigned. The hinge is reported to be made up of over 60 parts. To move, they need a gap, which has been reduced in comparison with the previous version. Additionally, the mechanism was equipped with micro brushes: they prevent dirt, even the smallest particles, from getting inside. Interestingly, the engineers were inspired by Samsung cordless vacuum cleaners, or rather, their brushes made of nylon. This hard wearing material was chosen to protect the insides of the Galaxy Z Fold 2. 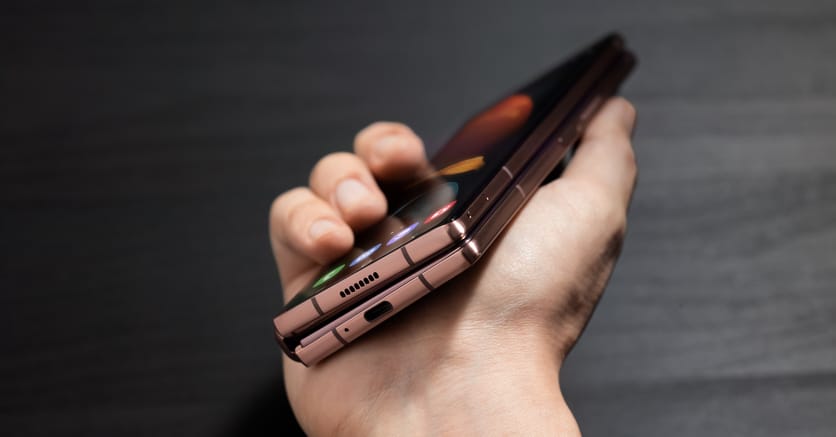 When closed, the gap between the halves remained, but the device itself became more compact in this state. When folded, its thickness has decreased from 15.7-17.1 to 13.8-16.8 mm

The internal screen of the Galaxy Z Fold 2 has been significantly improved in comparison with the previous generation. Among other things, Samsung has abandoned a large cutout for all kinds of sensors and sensors: there is only one miniature hole for the front camera. The panel itself is made using the same technology as in the Galaxy Note 20 Ultra – Dynamic AMOLED 2X. From the laptop, the Z Fold 2 also received an increased refresh rate – 120 Hz. In the settings, you can enable adaptive frequency control for more efficient energy consumption. So, when reading, the screen will be refreshed at 11 Hz, when watching movies – from 24 to 120 Hz, and in games – from 48 to 120 Hz.

With the ability to lock the screen at different angles, the Galaxy Z Fold 2 has received Flex Mode support. This allows the device to be used in laptop mode, with content displayed on the top of the screen and controls on the bottom. For example, on YouTube, a video is played at the top, and comments can be read at the bottom. This option can be especially useful when using a camera. By installing the smartphone on a flat surface, you can shoot yourself remotely. This is facilitated by the auto-zoom and subject tracking functions, thanks to which you will always be in the center of the frame, even when you move in front of the camera. 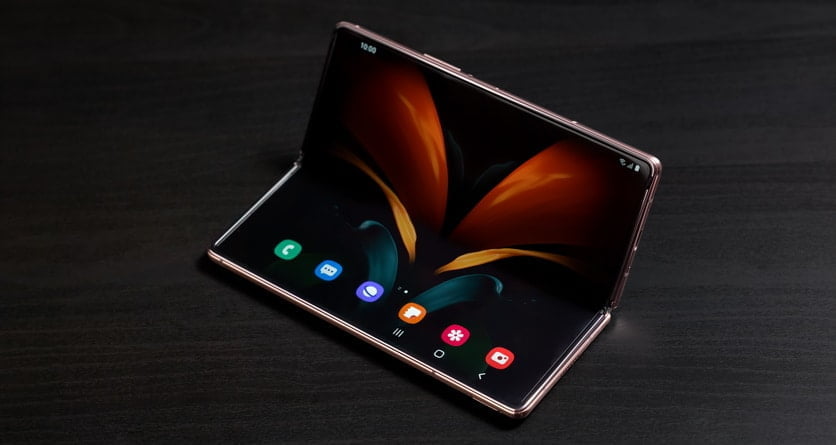 Externally and technically, the Galaxy Z Fold 2 camera is very similar to that of the Galaxy Note 20 . Installed three sensors of 12 megapixels for normal, ultra-wide-angle and portrait photos. The main module is equipped with an optical image stabilization system. Due to the presence of an external screen, the gadget in the unfolded state will be able to take a selfie with the main camera – or the model can “see” itself when it is being photographed. In addition, the smartphone supports improved night mode. In it, a picture is taken by combining up to 30 photos, resulting in a bright and clear frame even in low light.

In the settings of the Galaxy Z Fold 2, you can choose the interface display mode between smartphone and tablet. The second allows you to display much more information on the screen, but the elements become smaller. The proprietary OneUI interface was adapted to work with two screens. So, having started working with the application on the external display, you can immediately continue from the same place by opening the device, and vice versa. On the internal large screen, it will be possible to simultaneously launch three different applications at once, interacting with each of them. For example, you can drag and drop content between windows: you can “take” an image from the browser and just drag it into a text document or presentation. If desired, it will be possible to launch several windows of one application. Combinations of applications running together are saved in the device’s memory.

The new Galaxy Z Fold 2 will retail for $ 2,000. The start of sales is scheduled for September.