The Realme 7i smartphone was announced today. The new model of the Chinese company has joined the previously presented Realme 7 and 7 Pro. At the same time, the manufacturer also released a standard edition with NFC for Indonesia for $ 260. 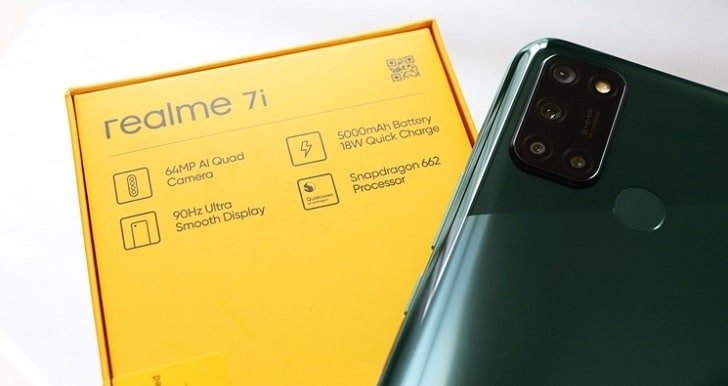 Realme 7i has got an HD + display with a resolution of 1600 × 720 pixels. The screen diagonal is 6.5 inches, and the image refresh rate is 90 Hz. In the upper left corner, there is a small round hole for a single front camera based on a 16MP image sensor.
The heart of the novelty is the Snapdragon 662 single-chip system. The processor has eight Kryo 260 cores with a frequency of up to 2.0 GHz, an Adreno 610 graphics chip and a Snapdragon X11 LTE modem. The amount of RAM is 8 GB, and the flash drive is designed to store 128 GB of data.
The main camera received a 64-megapixel image sensor, a pair of 2 megapixel sensors and a wide-angle module with a resolution of 8 megapixels. The built-in battery capacity is 500 mA * h. The battery supports 18W charging.
The smartphone will go on sale with a pre-installed Android 10 operating system. The cost of Realme 7i was $ 200.