After the official presentation at the beginning of March, Oppo also announces the variant of its F11 Pro dedicated to the new Marvel film to be released later this month in theaters. 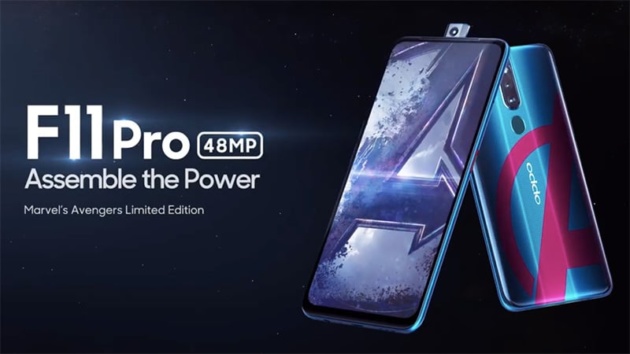 Avengers: Endgame is, without doubt, one of the most anticipated films of the year and will arrive in theaters on April 24th . Oppo seems to want to ride, therefore, the marketing wave generated by the latest Marvel movie, announcing a special edition of its F11 Pro dedicated to this film.

The changes will only be aesthetic with the red Avengers logo printed on the back of the smartphone and, perhaps, dedicated themes and icons inside. The specifications will remain the same as the already known model, ie 6.53 ″ FHD + display , SoC MediaTek Helio P70 with 6GB of RAM and 128GB of internal memory , retractable front camera with 16 MP camera and double rear with 48 and 5 megapixel and 4,000 mAh battery with VOOC 3.0 fast charge .

The release is scheduled for April 24 , or the same day as the film, in Malaysia . We still don’t know if it will ever arrive in the western market but it would certainly make most Marvel fans happy.