We already heard a few weeks ago about a new mid-range smartphone that will soon present Oppo , or the next Oppo A74 4G . We have already seen some rumors and renders of the latter, but now new technical details have emerged thanks to what is reported on the Google Play Console website .

As already mentioned, some rumors and leaks of this Oppo-branded smartphone had already emerged on the net, but now we have further almost official confirmations from the Big G site. Specifically, Oppo A74 4G has been spotted in these hours on Google Play Console . The latter revealed some details to us. 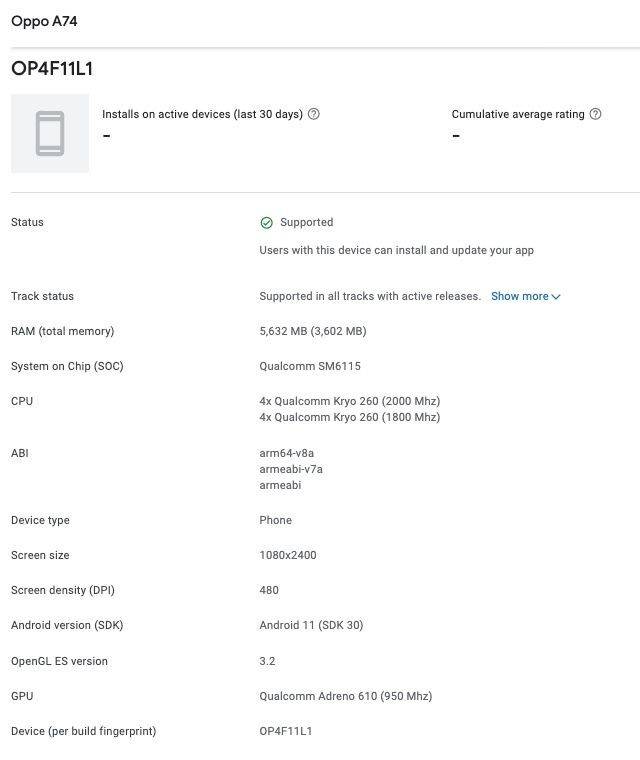 First of all, we now know that the processor mounted on board will be the Qualcomm Snapdragon 662 SoC and the latter will be supported by at least 6 GB of RAM and an Adreno 610 GPU. As for the screen, there will be an equal resolution at 1080 x 2400 pixels and a pixel density of 480 dpi. Android 11 will not be missing on board. 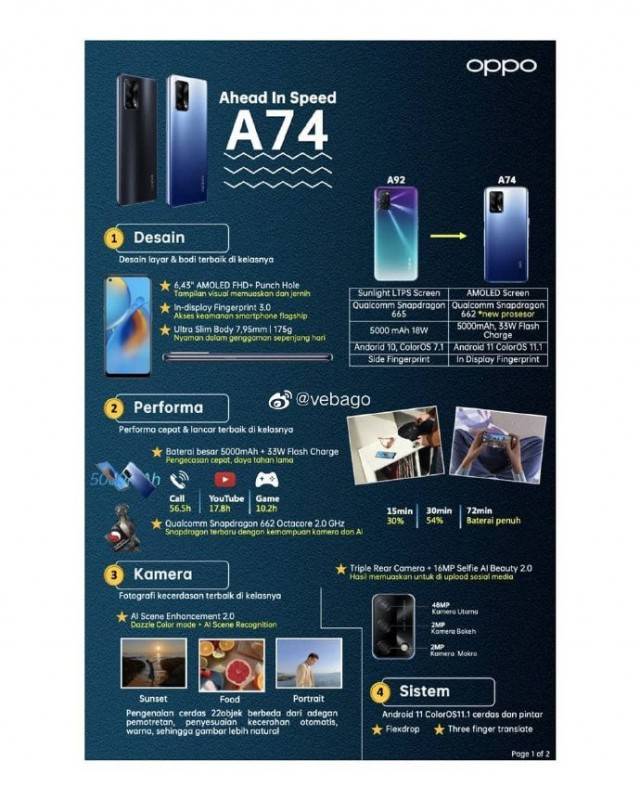 In addition to this, a poster was also published on the net that further confirmed the aesthetic aspect already spoiled some time ago by some renders images and some features. Specifically, Oppo A74 4G will have a Super AMOLED display on the front with a hole on the left side and on the back there will be three cameras with 48 + 2 + 2 megapixel sensors respectively. On the autonomy side, finally, the smartphone can count on 5000 mAh with 33W fast charging .

In short, it seems that we know almost everything about this new smartphone from Oppo, we just have to wait for the official debut.