The Lone Ranger is the new role playing game inspired by The Lone Ranger movie. Do you want to became a legend of justice and take the reins as one of the greatest Texas Rangers in the Wild West?

Embark on a thrilling adventure as you protect the town of Colby, face-off in epic showdowns, and bring infamous outlaws to justice. Fight against greed and corruption in this 3d, role-playing adventure!
-Interact with known allies and outlaws throughout your journey: With allies like the Lone Ranger and Tonto on your side, prepare to take on the villainous Butch Cavendish and his unwieldy gang.
-Restore peace to the town of Colby: Protect the citizens of Colby, and embark on legendary quests to end greed and corruption.
-Duel outlaws and bandits: Face-off against wanted outlaws with your best weapons and equipment, and bring them to justice.
-Level-up to unlock new weapons, tools, and horses to aide you on your journey.
-More languages coming soon! Play The Lone Ranger in Italian, German, and Spanish starting late July. 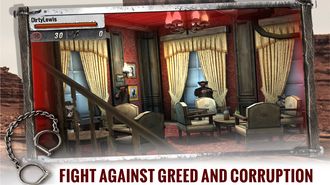 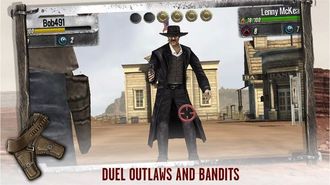 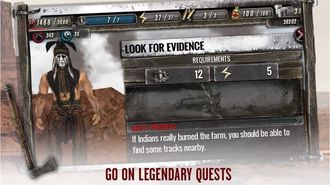 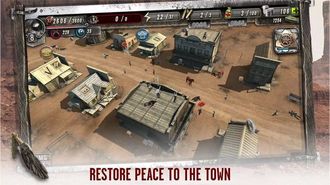