Huawei P40 Special Edition with Hongqi: do you know?

It is not the first time, indeed it is a fairly common practice that smartphone brands collaborate with various car manufacturers to create a special variant. Huawei seems to be collaborating with the Chinese luxury car brand called Hongqi for a Special Edition of its Huawei P40 .

The news was apparently released after the car brand “accidentally” revealed information about the partnership with Huawei. According to an advertising poster circulated online, the collaboration would involve the first 200 members of the initiative , who according to what the agreements should be, will win a Special variant of the Huawei P40 as a tribute.

This would therefore seem to confirm the existence of a limited edition of the flagship which should be presented by the Chinese giant on March 26th. 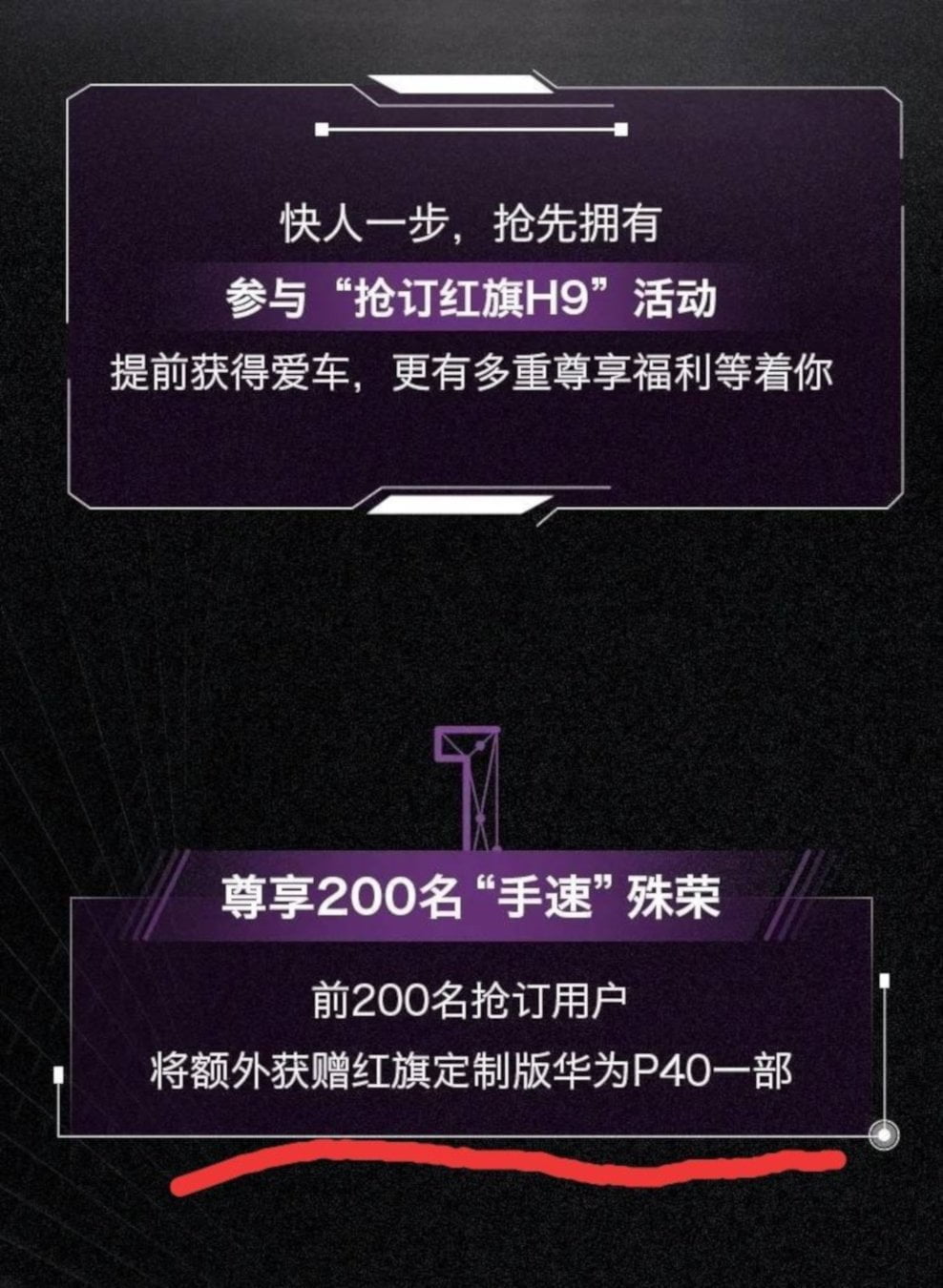 The special edition of the Huawei P40 will probably have an exclusive aesthetic of this variant, but as regards the technical characteristics, it should not be too far removed from the “basic” version that will be released at the end of this month. The premises tell us about a successor to the Huawei P30 that will truly be a new flagship of the giant of Chinese technology and will show off top-level specifications.

Huawei P40 and the P40 Pro, will be compatible with ultra-fast 5G data networks and will have support for the Wi-Fi 6+ connectivity standard . The first one should have a 22.5 W power supply, while the Pro variant will have a faster 40W charger. Under the body we expect to see the Kirin 910 5G SoC , perhaps accompanied by 8 GB of RAM and 256 GB of internal storage.

The photographic sector will represent the real difference between the two versions, base and Pro. For the Huawei P40 we expect a perforated display and a triple rear camera, plus LED flash, enclosed in a rectangular box. The photographic camera will be 52 MP back , a second called 40 Megapixel Cine, and a third 8 Mpx with 3X zoom.

The P40 Pro should be significantly richer, also equipped with a fourth rear camera and a 5X zoom. An additional version seems to be expected, a P40 Pro Premium , enriched by five cameras and 10X zoom.

On iPhone: you can install Android soon