Huawei Mate 40: will support the fast charge at 66 W

This week Huawei released HongMeng OS (also known as HarmonyOS , in its global distribution) and the proprietary EMUI 11 skin. During the Huawei Developer Conference (HDC), however, the company made no mention of the new range of flagships. coming soon, the Mate 40 series . Now, however, new information appears about it.

Huawei Mate 40: it will arrive with the EMUI 11

In these hours a promotional poster of the EMUI 11 has appeared which illustrates a particular feature that the phones will have; first of all, it seems that premium smartphones can arrive with support for the 66 W fast charge. 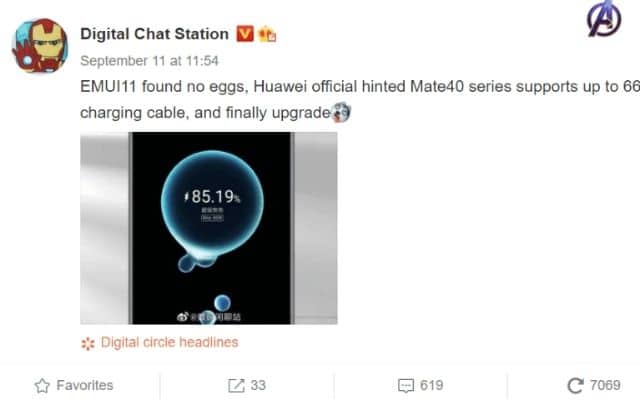 According to the reports that emerged, the range of devices will include four models: Mate 40, Mate 40 Pro and Mate 40 Pro + and Mate 40 Porsche Edition. All iterations will present a display with a double hole for the selfie cam and at the rear we will find the photographic module with the “Holo” ring , an element already seen on last year’s Mate 30 series. Also, it looks like the phones will debut with the new EMUI 11 interface. 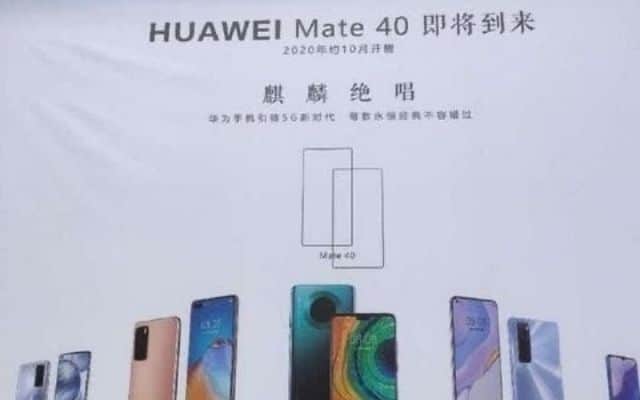 We know that the series will also support cross-device and full-scene interactive experiences, based on a particular new innovative technology. More importantly, the Mate 2020 line-up will feature an all-new Kirin 9000 chipset , built according to a 5-nanometer process. This SoC could be TSMC’s latest product for HiSilicon due to the ongoing bans the US government is implementing against the Chinese tech giant.

Finally, according to what has been leaked, Mate 40 vanilla will enjoy a panel produced by LG “waterfall” (cascade) ; there is also talk of a 90 Hz refresh rate and cameras with laser focus, 50 Megapixel main sensor, 20 Mpx ultra-wide and 8 Mpx tele. The “Pro” range, on the other hand, will use the screens produced by BOE and LG and will adopt the “freeform” lenses that have been talked about for months.

EMUI 11: devices will be able to update to HarmonyOS

Huawei P50 and Harmony OS: that’s when they will…