The PriceBaba portal has recently revealed the exclusive features of the new Galaxy Tab S7 in the “vanilla” (standard) version. Among the main features to mention are the 8000 mAh battery and the Snapdragon 865 processor.

Galaxy Tab S7: here’s what we know so far

We know that Samsung will hold its Unpacked event on August 5th; in addition to the renewed Galaxy Tab range , the South Korean company will also present the new Note 20 series consisting of two different models, the Galaxy Z Fold 2 , the Galaxy Watch 3 and many other devices.

Returning to talk about the new iteration of the South Korean OEM premium tablet, we report that a document containing the official technical specifications of the standard variant of the device was leaked by leaker Ishan Agarwal and reported by the PriceBaba portal. 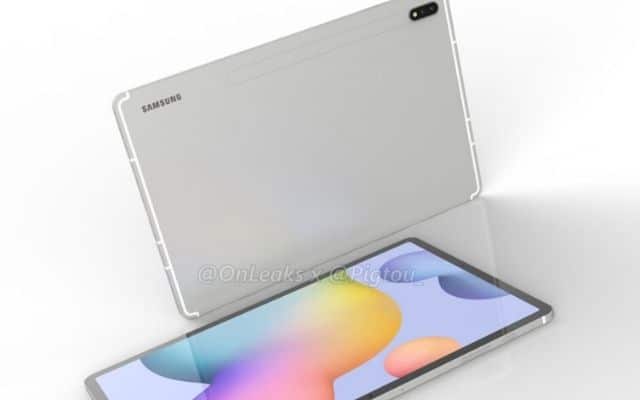 So now we can confirm all the hardware features that the Samsung premium tablet will have. First, let’s mention the 11-inch display in 2560 x 1600 pixel resolution (we don’t know if it will be an LCD unit or not); also present, the 120 Hz refresh rate, in order to compete with its direct rival, iPad Pro 2020.

In terms of technical specifications, we report Qualcomm’s Snapdragon 865 chipset in the standard version (nothing Plus, therefore) and 128 GB for internal storage . RAM memory is still unknown. Present on board however, a support for the insertion of microSD up to 1 TB. We know that the dimensions will be 165.3 x 253.8 x 6.3 mm; the weight instead will be 498 grams. As colors we find the classic Mystic Black and the unpublished Mystic Bronze.

At the rear we will find a 13 Megapixel single camera and an 8 Megapixel selfie cam at the front, more than enough to make quality video calls. The battery will have a capacity of 8000 mAh and the tablet will enjoy four AKG speakers with Dolby Atmos software. Under the body Android 10 with One UI 2.5 personalization . Finally, the fingerprint will be integrated into the power button. The Galaxy Tab S7 + variant will have the fingerprint reader under the display. 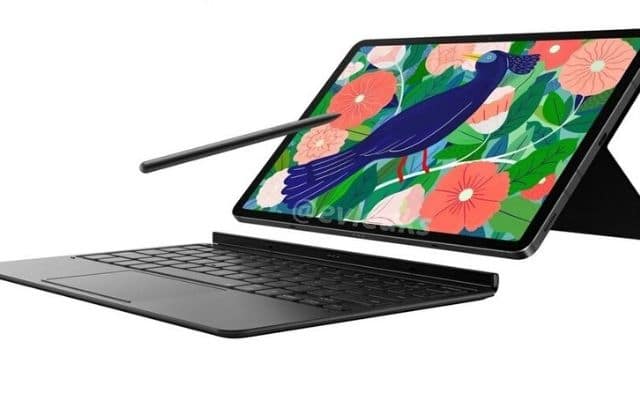 In the package there will be the S Pen with housing on the back cover (as we noted on the previous model); a keyboard cover will also be available, according to Evan Blass , which can be purchased separately.