According to analysts’ calculations, the Samsung Galaxy A line of smartphones is sold much more successfully than the flagship Galaxy S devices. In this regard, the company decided to supplement the already extensive range of the series with the Galaxy A72 model, press renders of which appeared on the network. 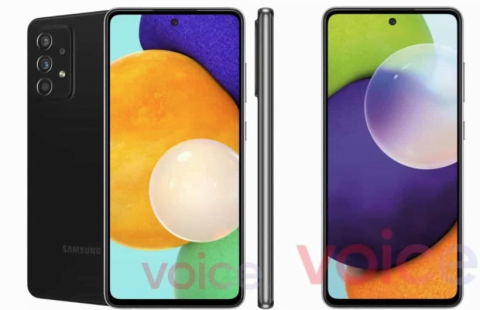 Judging by the presented image, the gadget will receive a classic design and a front camera embedded in the screen. According to preliminary information, the diagonal of the AMOLED display will be 6.7 inches. On the back of the device there will be four sensors of the main camera, the resolution of which will be 64, 12, 5 and 5 megapixels.

Previously, the Galaxy A72 was spotted in the popular Geekbench benchmark database, thanks to which it became known that the new product runs on the Snapdragon 720G platform and is equipped with 8 GB of RAM. It is expected that Samsung will present two modifications of the gadget: with support for 5G networks and without it.

According to preliminary information, the presentation of the smartphone will take place in early 2021.

iPhone 13: 5 Reasons Why You Will Love It Now