It’s no secret that Apple smartphones are enviable not only among brand fans, but also among “basement” manufacturers of fake devices. Typically, numerous clones flood the market after the announcement of the originals, but this year the creators of fake copies worked ahead of the curve. The author of the popular YouTube channel EverythingApplePro already got two copies of the noname version of the iPhone 12 Pro at once and studied them in detail during the video review.

Contrary to rumors about a “stripped down” configuration of future new products, the blogger found a power supply and headphones in a box with a fake – probably, the production of gadgets was launched even before the corresponding leaks. The author of the video claims that despite the flat edges, the smartphone does not create discomfort when used.

After turning on one of the devices, the blogger immediately noted low brightness and poor sensor response. In addition, unlike the original line, the fake iPhone has a wide “chin” on the front panel. In addition, three of the four sensors of the main camera when disassembling the gadget turned out to be simple dummies. 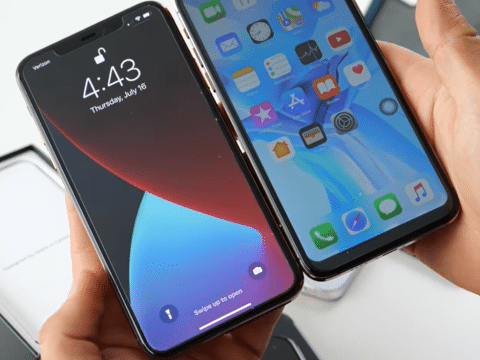 The enthusiast also showed poor smartphone performance when launching games. Testing the hardware of the presented sample in Geekbench showed results that roughly correspond to the level of the original iPhone 6s. According to the author of the video, even taking into account the price tag of $ 130-140, it is better to refrain from buying a fake iPhone 12 Pro.

Smartphones share our data with Google and Apple every 4…