AnTuTu: here is the most powerful flagship of February

The month of February is now over for a few days and – very punctual – the monthly ranking of the best top Android smartphones published by the AnTuTu benchmark platform arrives . The device in first place in the ranking may not be exactly the best-selling smartphone of the moment, but the data is clear: it is the ASUS ROG Phone 2 gaming phone to be the most powerful of the month.

The gaming phone , those true, still cover a niche industry. Yes, because now most of the top and middle range smartphone aim to be called also “gaming”, but there are some features of the gaming phones that are unmistakable: from the aesthetic appeal to external cooling systems, just to do a couple of examples. 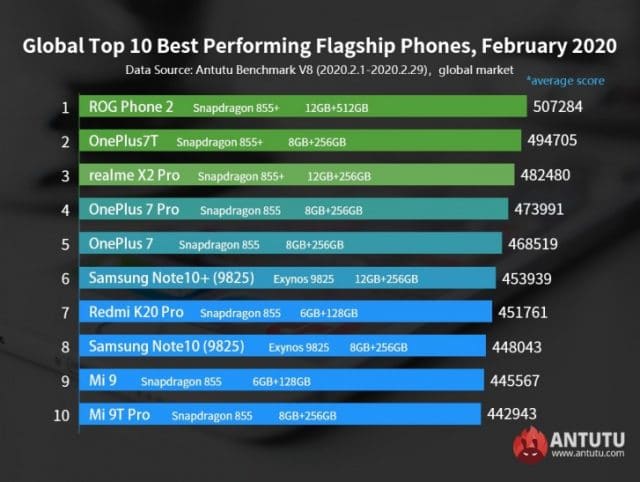 Precisely in this segment also falls ASUS ROG Phone 2 , which according to AnTuTu in February deserves the first place as the most powerful device among all flagships. A record that, of course, could soon be lost considering the wave of new flagships announced at the Mobile World Congress 2020.

In fact, although this was not held physically, its cancellation did not prevent manufacturers from presenting their news, taking advantage of the possibility of presenting the devices in live streaming.