All specifications and price of Motorola Moto E7 Plus published

Contrary to analysts’ forecasts, the Motorola brand did not hold a presentation of the budget smartphone Moto E7 Plus, but the full specifications of the available novelty have already appeared on the network, as well as press renders published by the authoritative insider Roland Quandt. In addition, the price of the device has become known, and the retail sale is expected in the near future.

The smartphone is equipped with a 6.5-inch IPS-display with a resolution of 1600×720 pixels, an aspect ratio of 20: 9 and a teardrop-shaped notch for a selfie module. The “heart” of the novelty is the eight-core Qualcomm Snapdragon 460 processor with a clock frequency of 1.8 GHz, the device has 4 GB of RAM, and 64 GB of built-in storage with microSD card expansion.

The main camera of the Moto E7 Plus includes a 48-megapixel main sensor with f / 1.7 aperture and a 2-megapixel depth sensor. The front module received one sensor with a resolution of 8 megapixels (f / 2.2). The battery capacity of a smartphone with a declared autonomy of up to 2 days is 5000 mAh. A 10 W charger is connected to the device via a micro-USB port. 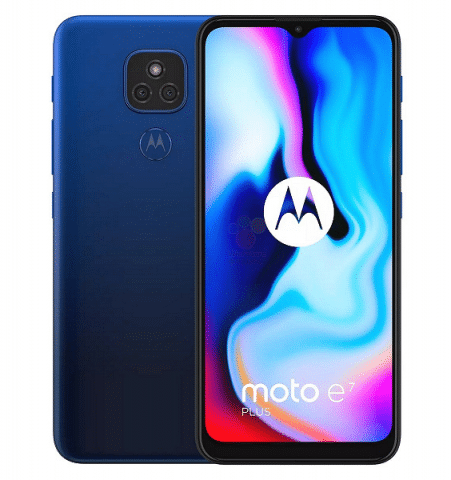 The smartphone also has a classic 3.5 mm audio jack for connecting headphones. Powered by Moto E7 Plus running Android 10 with Motorola’s My UX user interface. The novelty will go on sale in the European market in the near future at a price of € 149.

ASUS ZenFone 7 Pro with flip camera examined from the inside

HUAWEI: Moving from Android to HarmonyOS Will Do More Good Than Harm